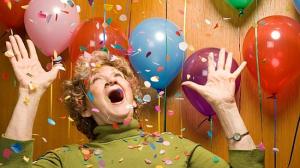 Once there was a girl. Her name was Lenis. She had blue eyes and a pale face. She was five years old. It was just before night. The clock said 8:00.

“Time for bed,” said her mother who had blue eyes and red hair with a very tan face. She was wearing a red tank top and pajama pants.

Then, she woke up.

“Mmm…ok,” said Lenis, looking puzzled. “I think I could get used to this.”

“I’m going shoe shopping now,” Lenis said as she walked to the old shoe store nearby.

She picked out glimmering shoes and put them on the counter.

“What are you from…pre-school?” asked the woman working at the register.

“Oh, I get it—you’re a teacher,” said the woman. “I have a daughter who is looking for a pre-school.”

“Never mind!” said Lenis, as she ran out the door. “I guess the shoe store is not a great place to go. I will go to the mall to get a hot-dog.”

“Who said that?” asked Lenis.

All of a sudden, she woke up. She was still five years old and it was all just a dream.

This entry was posted on May 1, 2015 by Hilde Kate Lysiak and tagged Hilde kate lysiak, selinsgrove.