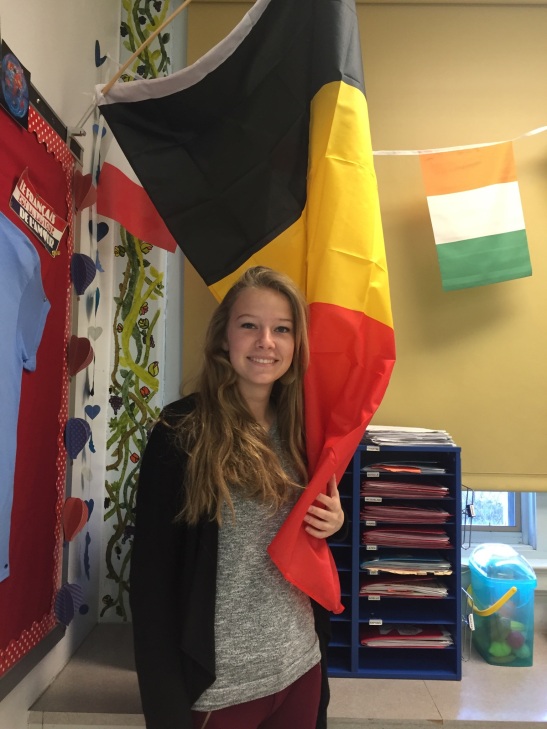 Fanny Mayeur got a text from her mom early on the morning of March 22nd saying that her home city of Brussels in Belgium had been terrorized.

The news shocked Fanny, who is an exchange student staying with the Rice family of Selinsgrove. She quickly turned on the news and saw damage at all the places familiar to her from her hometown. One of the places bombed was a subway only ten minutes from her house.

“I was so scared,” Mayeur told the Orange Street News in an exclusive interview.

The bombings and an attack on a subway station left 32 people dead.

But as upset as she was by what she was watching the terrible images on the news Fanny knows it could have been a lot worse.

Fanny’s mother decided to take a day off of work otherwise she would have been at the subway at the time of the damage.

Now the Selinsgrove High School student can’t wait to get home to be with her friends and family.

“The first thing I do when I get home is have a big dinner with my family and friends,” Fanny told the News.