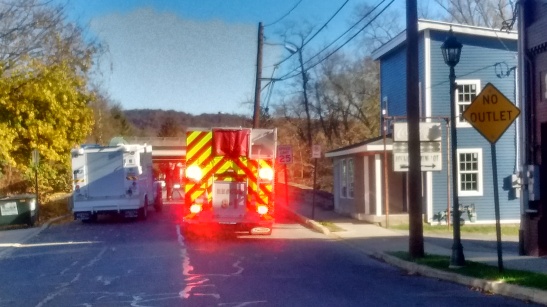 A gas leak shut down the bridge connecting the Isle go Que shortly after 1:30 pm on Sunday afternoon.

“It was a small gas leak. There is no danger to society. The UGI is fixing it right now,” Brandon Ulrich, Deputy Fire Chief told the Orange Street News at the time.

Ulrich told the OSN they were notified of the leak by a call.

The cause of the leak remains unknown, according to workers.

Emergency personnel showed up and quickly fixed the leak. The bridge was reopened by 2:30 pm.

“Could have been some rust or something,” a worker told the OSN.