JULY ISSUE OF THE OSN: PART 1 OF A 2 PART THRILLER CONFESSIONS OF A MEDIA KILLER!

NOTE TO READERS: Here is a picture of the July copy of the OSN that has been mailed out across the country! It is a part one of a two part short story called “Confessions of a Media Killer.” It is not appropriate for everyone and also graphic. I’ve been moving around a lot which makes it hard to do hard news right now but trying to take advantage of that by working on my fiction. I hope you like it! I’ll post the full story later. Thank you! 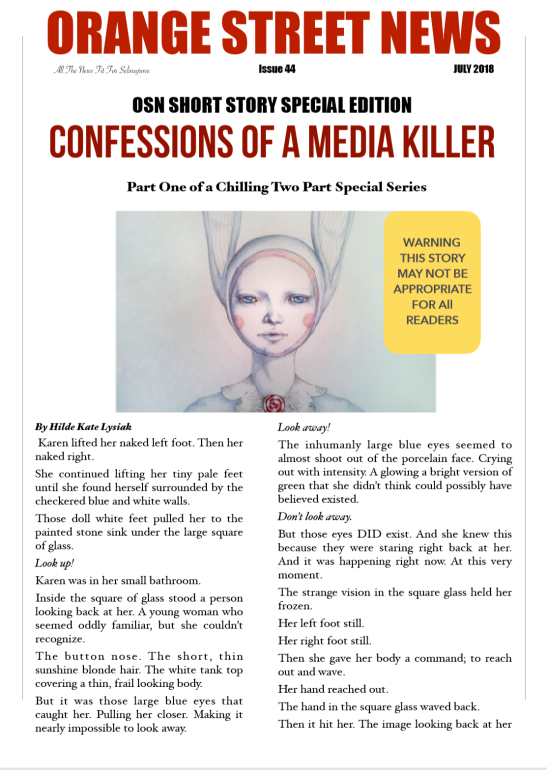