One week after removing all of his social media after allegedly violating a court order (SEE ABOVE VIDEO)  the OSN has obtained documents from Snyder County Republican District Attorney Michael Piecuch explaining why Selinsgrove can’t turn over government emails.

The letter is to Pittsburgh based Attorney Zachary N Gordon. Gordon is attempting to get Selinsgrove to hand over government emails. Scroll down to read Piecuch’s reasons why he won’t turn over the emails. 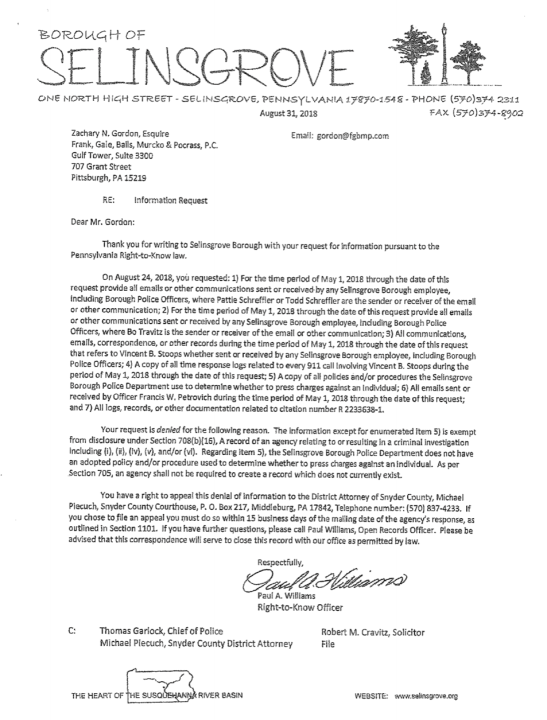