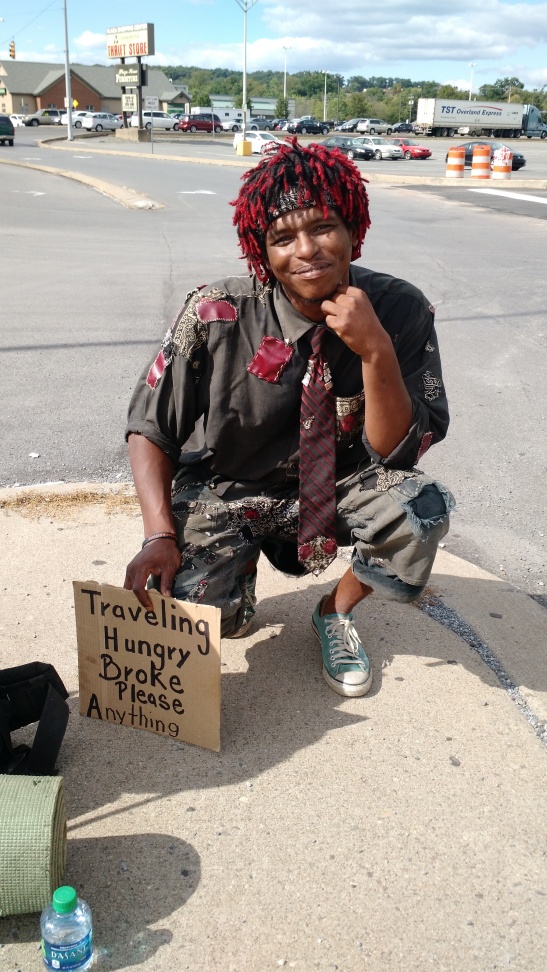 A homeless man from Vermont stopped in Selinsgrove in hopes of raising enough money to buy a bus ticket to reunite with his daughter in Texas.

Shabbass Spencer, 30, says he isn’t sure how long he will be staying in Selinsgrove.

“I’m not sure. All I know is that I need to get to my 11 year old daughter,” Spencer tells the Orange Street News.

On Saturday Spencer could be found standing outside of Walmart holding a sign saying “Traveling Hungry Broke Anything Please.”

Spencer told the OSN he didn’t know where he would be sleeping but his biggest concern was food.

“I need food to travel so I don’t starve,” he told the OSN.

Spencer says he makes a lot of money. People even give him $20 bills “once a blue moon.”

When asked by the OSN why he doesn’t go get a job, Spencer said he can’t find one.

The Selinsgrove Wal-Mart has become a popular place for homeless people and beggars.

On Monday a different couple could be seen outside the store begging. 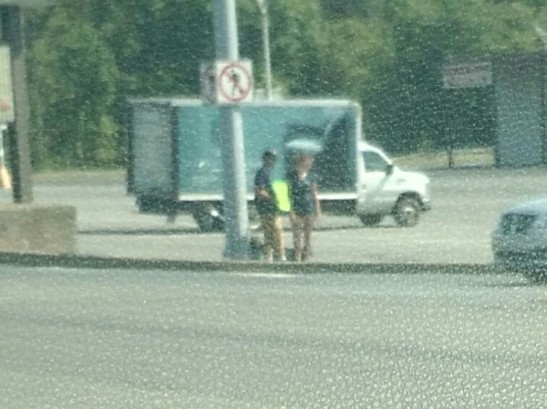 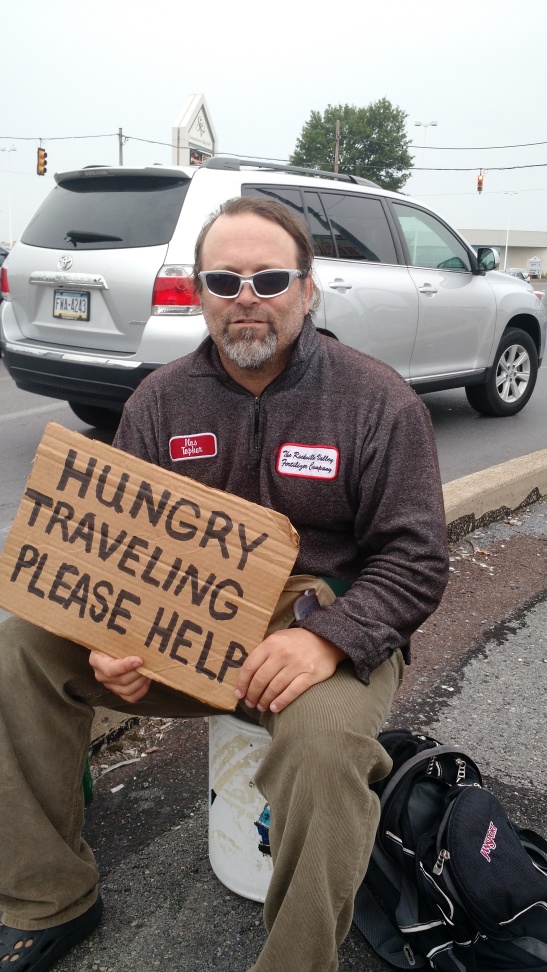 One comment on “Homeless Man Trying to Reunite with Daughter”