Police are busy washing windows, at least in one part of town!

Last March the OSN reported that Someone wrote dirty messages on a window at 202 S. Market Street that include slurs. Its unknown how long the dirty message had been up — but recently the Selinsgrove Police Department put a sign up saying that someone at the police department had to wash the slurs off the window.

“Do to a report from a concerned citizen reporting obscene words and caricatures written in the dust of this window on 202 S. Market St. an officer from the Selinsgrove police department was forced to clean the writing from the window…,”read the sign.

The OSN will not write the full message because it is graphic, but one resident when asked about it back in March was disgusted.

“Its unfortunate,” Grove resident Lis Bickhart told the Orange Street News.
Anyone found convicting these actions will be prosecuted.

Selinsgrove police will be monitoring this location, according to the sign. 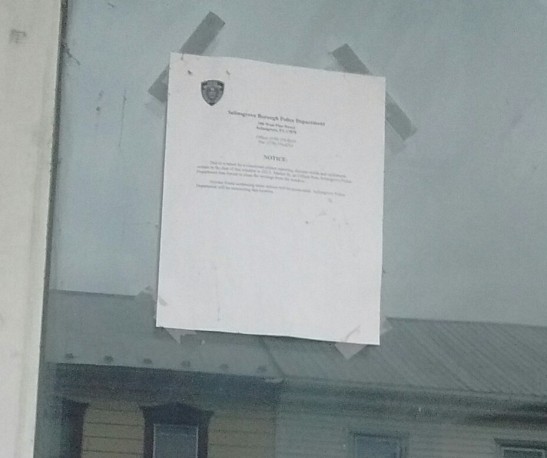