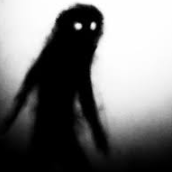 ‘’It had white hair,’’ 15 year old Melissa Low said.
‘’It,’’ police officer Lilly repeated to Melissa with a unsatisfied glare.
‘’Well…’’ Melissa replied.
‘’How tall was it?’’ the officer interrupted.
‘’Maybe about a foot,’’ Melissa replied.
‘’Sure… thanks. I think that’s all I need right now,’’ the officer replied.
Melissa stood up, her faded tan sun hat flopping down over her blue eyes. The officer handed her documents saying that…
What: when on a family vacation, everyone in the family died except one.
Where: Loolosbbkhgiygwiqwrv
Cause of Death: choked to death
Suspect: 15 year old Melissa Low
Melissa looked at the documents briefly then ripped them in half and stormed out.
‘’She is crazy,’’ Officer Lilly told an other officer. “I’d like to speak to her again next week.’’
‘’Did you murder your family or not Melisa?’’ The officer said. “Tell the truth.’’
‘’No I didn’t,’’ Melissa said.
Three weeks later she was charged with murder and put in an asylum.
Officer Lilly came to see Melissa in the asylum.
The officer asked again, “Did you kill your family?’’
“My specter did,’’ Melissa said with a smile. “And it will get you, too.’’
“What are you talking about, what’s a specter?’’ Officer Lilly asked.
“It’s my spirit that I control. The spirits are called specters. They are invisible to most people and can fly. Any witch can send their specter a long distance to harm others. Specters can pinch and poke and choke and that kind of thing,’’ Melissa said.
The officer let out a chuckle. “I thought it was that white haired, 1 foot tall thing that killed them,’’ she said jokingly referring to Melissa’s original statement.
“I lied. I didn’t want anyone to know that I am a witch,’’ Melissa said.
“Sure you are,’’ Officer Lilly said. “So then why did you kill them?’’
“They knew too much,’’ Melissa said, “And so do you.”
The next week, Officer Lilly suffered from something pinching and poking her when nothing was there, and the week after that, she was choked to death.

One comment on “OSN Short Story: The Specter of Death”