A man from White Deer was charged with possession after police claim they found “a scale, pills, marijuana, glass pipe,” and “methamphetamine” after he crashed his car into a fence at the Selinsgrove Walmart on New Years Eve.

Police were called at 8:19 am after a report that a car allegedly crashed into the store’s fence. After police arrived they say they found Michael Lee Edison “unconscious behind the wheel,” according to the criminal complaint.

“I reached up and put the vehicle in park while tpr. Whitford reached in and shut the car off. The drivers eyes were rolled up ‘in the back of his head’ prior to him waking up . He was uncooperative and would not respond to any of our questions,” read the criminal complaint.

Police claim that when they were trying to figure out what was happening they found drugs.

“…noticed smoking Paraphernalia in the vehicle upon a pay down search of the driver a glass jar containing suspected marijuana was retrieved from his right front jean pocket I retrieved the glass smoking device,” read the criminal complaint. 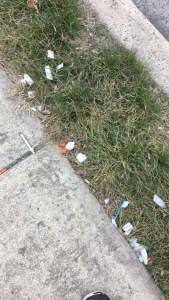 Police claim Edison admitted to “smoking meth” before arriving at Walmart and gave police permission to search his car. That is when police more drugs.

“In the rear seat on the passenger side I located a black Steeler’s backpack with multiple drug related items including: a scale, pills, marijuana, glass pipe, LSD paper, white powder later identified as methamphetamine…,” read the criminal complaint.

“In the trunk I located multiple materials that could be used to make methamphetamine including 3 cans of Coleman camping fuel in a suit case, drain cleaner, cold packss, grinders, batteries, and rubber tubing,” continued the complaint.

As part of an ongoing investigation, the Orange Street News spoke to multiple students who are currently going to Selinsgrove High School. They see a drug problem spiraling out of control with no one doing anything to stop it.

The OSN agreed to withhold the names of the students who shared their stories and concerns about what they see happening with their classmates. They hope their information makes a difference.

“No one has any idea how bad it really is. It used to just be pot. Now everyone is using harder drugs. And it isn’t just the freaks. Its the kids no one would expect,” a student told the OSN.

Selinsgrove Superintendent Chad Cohrs told the Orange Street News that parents can help out by checking their kids cell phones and reporting illegal activities directly to the police. 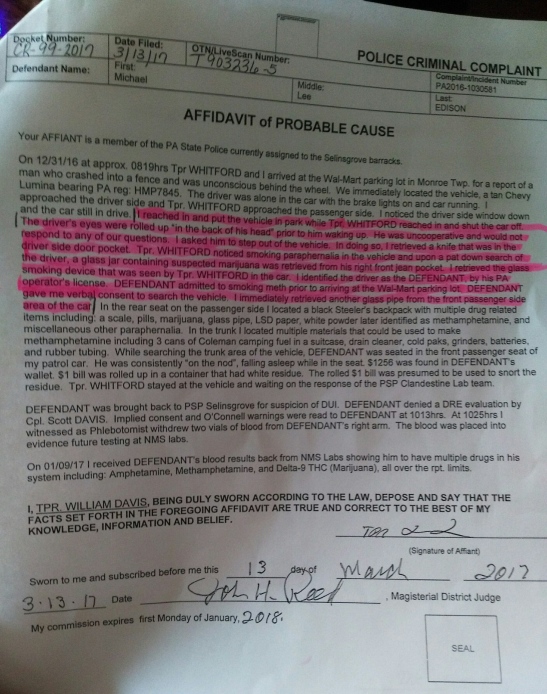