A Sunbury women was charged with retail theft after allegedly hiding $60.41 worth of vaping products from a local store by hiding them in her bra.

“The video from vapor works does show Elmore picking up two bottles and placing them within her shirt/bra. Elmore does pickup another bottle unknown where that bottle was placed but was never returned to the rack,” read the criminal complaint.

Elmore did pay for a bottle Vanilla bean 3MG 15 ML for $9.54 before leaving the store, according to police.

Elmore was charged with retail theft, and receiving stolen property. 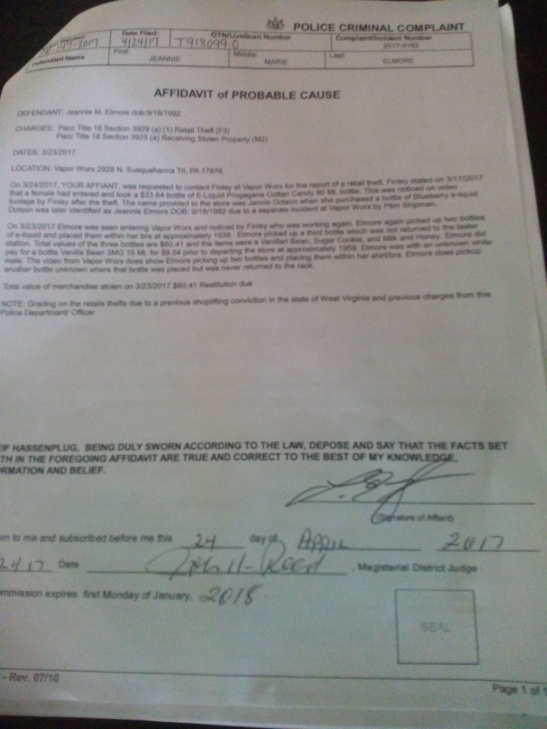