A Bloomsburg woman was charged theft after allegedly attempting to steal shoes for the second time in a month from a local retailer, according to police.

Kimberly Conrad, 41, was allegedly seen hiding the shoes while shopping at Kohls Department Store on 405 Market Place BLVD. But Conrad allegedly dropped the shoes when a security employee came up to her.

The alert employee said that she remembered Conrad from a previous theft just a month earlier, recognizing her tatoos and face, according to police. The employee followed Conrad outside to write down her plate number when Conrad was heard allegedly confessing her crime.

(Conrad)..”was getting into the vehicle when she said “hurry up and go before she gets me for the stuff I stole the other day,” read the criminal complaint.

The OSN attempted reach Conrad to get her side of the story, but the listed number was disconnected.

Conrad was charged with receiving stolen property and retail theft. 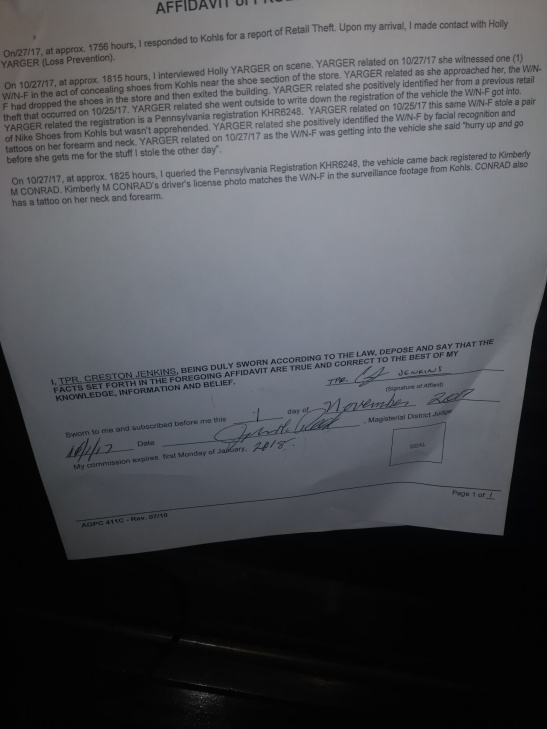