Verizon workers in Selinsgrove are on strike!

Two workers have been standing outside the phone companies building on Market Street  to protest pensions, job security, and health care, according to workers.

“We are here because we don’t appreciate that they want to take our jobs away,” striking employee Curt Arnold told the Orange Street News.

Thousands of Verizon workers on the East Coast have gone off the job to protest their expired contract.

The workers told the OSN they have no plans on ending the strike any time soon.

Verizon has no responded to a request for comment. 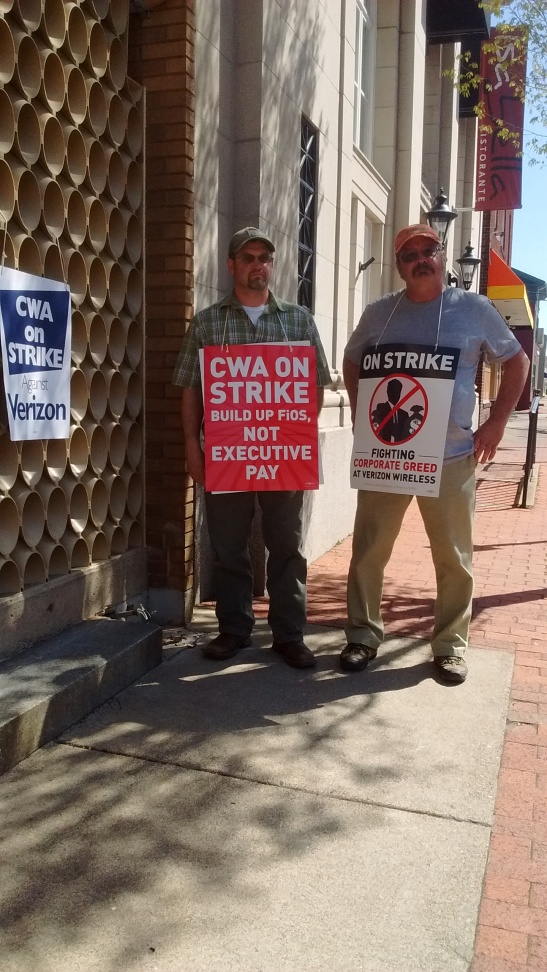