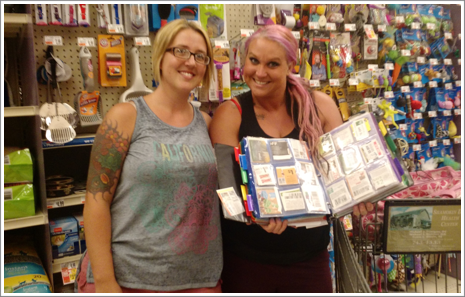 Two extreme coupon clippers are checking out of Grove stores with carts full of groceries but paying only pennies — when they aren’t getting paid themselves!
“Sometimes we walk out of the store with full carts and they are the ones paying us,” Monica Carnahan told the OSN.
The expert savers rotate to all the local grocery stores. They say right now the best store in the area right is Weis Markets on Susquehanna Valley Mall Road.

“They have a lot of close out sales going on now, but it is always changing,” said Monica.
The secret to their savings is hard work and smarts, according to Carnahan, who says she buys ten newspapers a week including four Sunday papers in her search for savings.
“Start small, but if you want to do it right, give yourself sixty hours a week in the beginning, but after that it gets easier,” said Carnahan.
“And trust me, its worth it.”