That would be a reality if one Snyder County write-in voter had their way!

Republican Donald Trump may have beaten Democrat Hillary Clinton in Snyder County with 11,710 votes to Hillary Clinton’s 3,991. But not everyone was satisfied with the two main candidates.

In the votes for the Senator General Assembly of the 27th District “Dengel e Berry,” “Someone is Green,” and “God” each received one vote.

“Some Dunbus” received one vote for the 108th District. 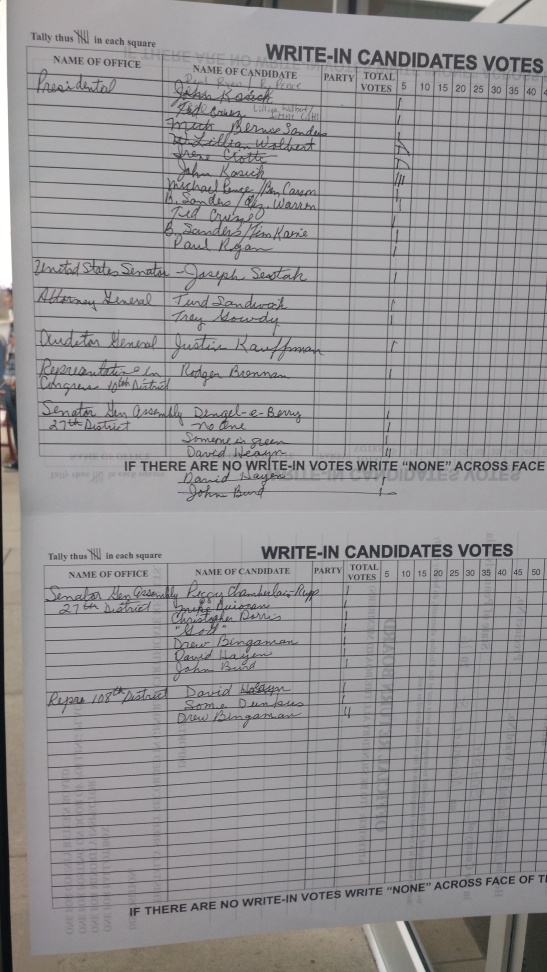 3 comments on ““Turd Sandwich” for Attorney General? Snyder County Write-in Vote are in!”