It was a snowy cold day as Dewey and his daughter, Reba sat in front of their BLT sandwiches and plates of fries at one of their favorite local eateries.
These would be two of the last meals served at Michael’s Family Restaurant. Less than one hour later Michael’s closed it’s doors for good.
“It shocked me when I turned the corner and read the sign. We have been going here for years,” Dewey told the OSN.
Owner Judy Stahl has been in business for over two years but says there is not enough business to support them staying open.

Stahl also told the OSN that she didn’t feel supported by public officials, who she says could do more to help business.

“The Borough Council do not care about the businesses,” Stahl said on Friday.

The mood inside the restaurant matched the gloomy weather outside.

“I’ll miss everybody. I liked it here,” staff member,Crystal Knepp, told the OSN.
When asked what’s next for Judy, she paused and looked away before finally saying,
“I have no idea.”

Business is hurting in Selinsgrove.

Earlier this year the Hip Hop Hippy shop shut down after only being open a few months.

Velocity Firearms, located on Market Street in Selinsgrove, recently told the Orange Street News that his gun selling store might have to shut its doors in January.

“Its unfortunate, but we just aren’t making a lot of sales,” Margel told the OSN.

Last March, an Orange Street News investigation revealed that out of the forty-seven store fronts on Market Street between West Pine and University Avenue nearly one fifth are empty or for rent and that number doesn’t include the buildings that are houses or apartments.

Domenico Napoli, who owns Bella’s Pizzeria on Market Street, believes that one of the reasons might be that too many people are skipping the downtown and shopping at the strip or the mall.

“You need to do something different downtown rather than have the same items all the time. There is no variety. There is no reason why someone would come downtown and shop because there is nothing to shop for anymore. A shoe store, anything that would attract the female demographic area. You know if the woman wants to shop the husband will follow,” said Napoli.

But for Stahl and her employees, there aren’t enough good ideas in the world to save her business. Its to late.
“It’s very sad,” Stahl told the OSN. 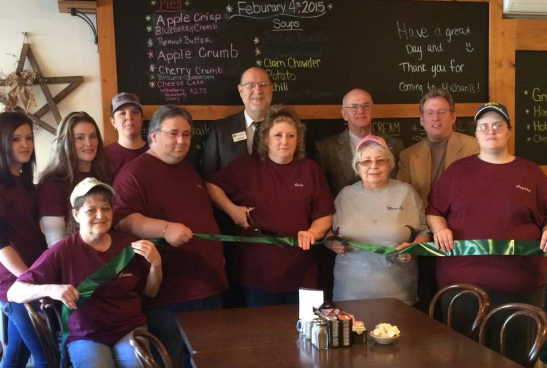