Plans for a new restaurant at the former location of Emma’s at 11 S Market Street have still not been finalized, sources have told the Orange Street News.

A sign posted on the door two weeks ago outside the restaurant read “Emma’s is closed for business. New owners plan to open a restaurant at this location fairly shortly.”

Sources told the Orange Street News that a well-respected cook currently working in Lewisburg plans on taking over the spot and keeping it a restaurant. But when contacted by the OSN the cook confirmed his hopes to keep it a restaurant, but told the OSN “there was still no legal agreement” over the lease terms.

Emma’s Restaurant is only the latest business in Selinsgrove to close their doors. Over the past two years, many stores on Market Street have closed.

An Orange Street News investigation revealed that out of the forty-seven store fronts on Market Street between West Pine and University Avenue nearly one fifth are empty or for rent and that number doesn’t include the buildings that are houses or apartments. 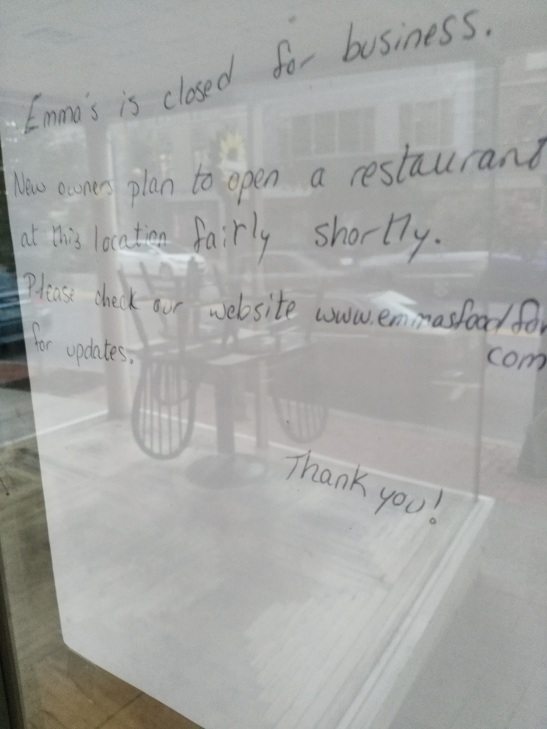