Vet: Allegedly Abused Dog “Beauty” Had “So Many Open Wounds,” Turned Over to Dog Warden 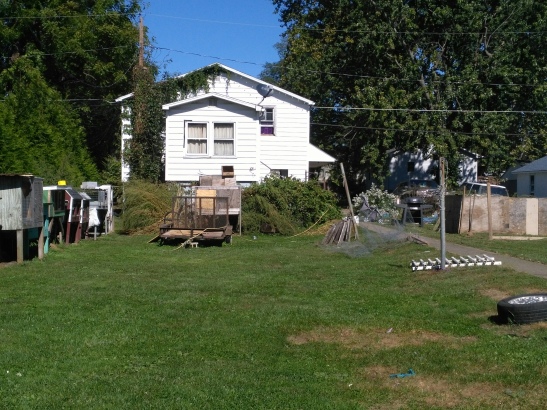 “Beauty,” the dog allegedly abused by a Selinsgrove man, was found so bloodied and battered that vets had trouble handling her, according to a worker who treated her.

“We couldn’t even touch her, she has so many open wounds,” Companion Animal Hospital Vet Samantha Rhodes told the Orange Street News.

Beauty was turned over to the Companion Animal Hospital after she was found covered in blood on September 19th on Blackberry Street in Selinsgrove. Police also claim she had an “L” shaped laceration on her body.

The dogs owner Phillip Varney was charged with dog abuse after it was confirmed that it was his dog.

But when the Orange Street News knocked on Varney’s door to get his side of the story a man named Abel Varney answered, Asked if Varney was abused, Abel answered. “I’m not sure.”

Several other attempts to reach Varney have been unsuccesful.

But Rhodes has no doubt that beauty was the victim of abuse.

“She absolutely looked like she was abused. She was bloody and marks all over her you could tell she was abused by another dog or its owner,” Rhodes added.

Neighbors of Varney say that they think that the dog was abused too.

A neighbor interviewed by the OSN said that she was disgusted by the treatment of the dog.

“I’ve called the police several times because of his dogs,” she told the OSN. “(The way he treats his dogs is) painful to watch.”

The neighbor said she never witnessed physical abuse but added that the dog wasn’t given food or water.

But Varney allegedly told police that the female Pit-bull had been stolen from him by a neighbor who “wanted it.”

“Varney advised he wished to report his pit-bull being Female White and reddish brown in color was stolen in the earlier hours on 09/20/2017. Varney advised XXXX stole the dog from him. Varney advised the Pit-Bull was familiar/friendly with XXXX and XXXXX wanted it,” read the criminal complaint.

Rhodes said that “Beauty” was handed over to the Dog Warden after they finished treating her wounds.

The Dog Warden was not immediately available for comment.

“The dog was very friendly, you could tell she wanted someone to love her,” added Rhodes.

2 comments on “Vet: Allegedly Abused Dog “Beauty” Had “So Many Open Wounds,” Turned Over to Dog Warden”