Shamokin Man Allegedly Steals Over $250.00 while on Marijuana.

A Shamokin man was charged with theft after allegedly attempting to steal over $250.00 from a local store while high on marijuana on 12/09/17, according to police.

Gerald Isaac Zimmerman, 23, allegedly entered Kohl’s in Shamokin Dam and started putting multiple coats on himself and concealing things in his pockets. Zimmerman was caught when employees spotted him.

“Zimmerman entered into the store and began layering jackets on himself and placing various other objects into his pockets. (Employee} then related she confronted Zimmerman. and then he left the store and began to flee on foot,” read the criminal complaint.

After further investigation it was found that Zimmerman was on Marijuana, according to police.

Zimmerman was charged with theft, possession, and more. 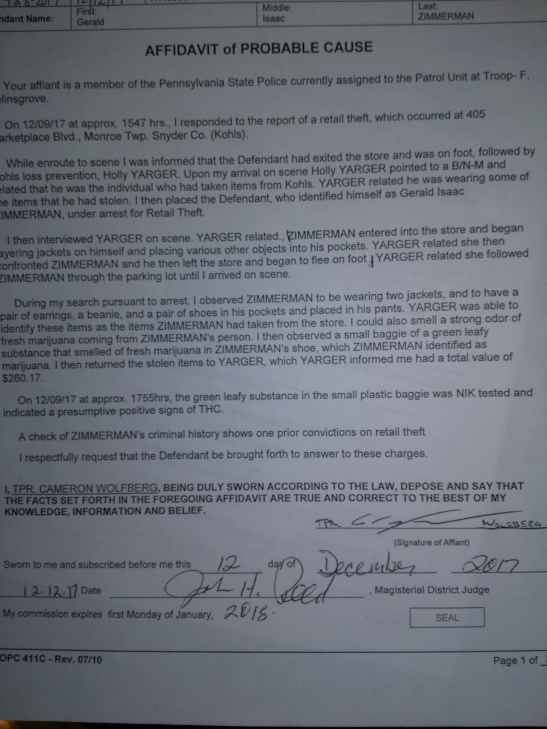 One comment on “Shamokin Man Allegedly Steals Over $250.00 while on Marijuana.”