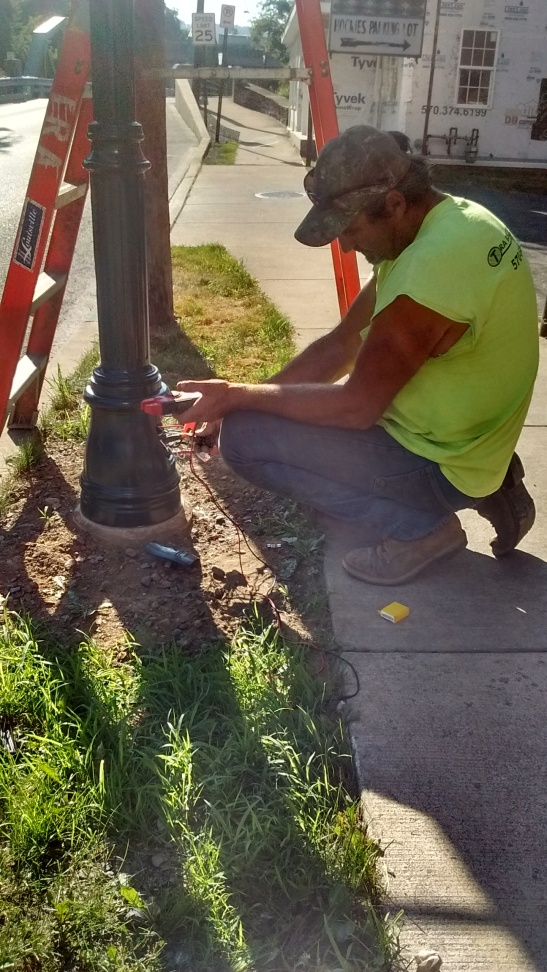 Now the Grove can be seen in a whole new light!

New street lights were lit on Market and Pine Streets. Workers had begun working on Monday to get the tall black antique looking lights installed and ready to be glow.

“It spruces up the city,” Al Renner, a worker who was busy installing the lights told the Orange Street News.

But the new street lights aren’t being installed just to look nice. They were also put up for safety.

Vandalism has been a real problem in Selinsgrove. Especially on Pine where planters have been stolen.

“It will cut down the crime,” light installer Grant Neff told the OSN.